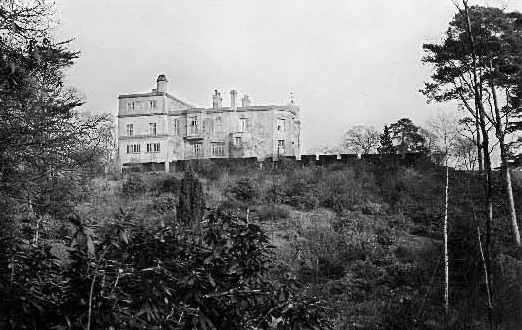 1. The unpublished text Last Remembrances of a Magician is very strange. No wonder it was left unpublished and chapters 9-13 and part of ch. 14 were kept apart as “classified” for the few select. However, after Dr. Roles’ death in 1982, someone or some people in the Study Society decided that all the knowledge collected there should be publicized and so publications began to appear and items began to circulate on the Internet.

The Last Remembrances of a Magician, still unpublished as a book, starts as a historical narrative and continues as such giving an abbreviated biography of Ouspensky in chapter 1; then ch.2 opens with Ouspensky’s arrival in England from America on 23/1/1947. The subsequent chapters deal with the months that followed and particularly from chapter 8 onward with September until Ouspensky’s death on 2/10/1947.

Very soon, however, the reader becomes aware of a change in the intention of the author(s). There is an agonised effort to prove something.

2. Three aims appear very clearly. First, everything that happens is full of significance to everyone present, i.e. all those who were with Ouspensky closely to the last. Second, Ouspensky is made into a kind of superman orchestrating events, guiding actions and helping to transform individuals. Three, all action unfolds as in a drama, a predetermined theatrical performance.

Often ordinary or unreasonable acts are presented, or interpreted, as expression of a higher will imposing itself upon a recalcitrant reality. If an opposite action took place, it would, you feel, be presented in the same way. This too happens.

Often illogical utterances of Ouspensky (mainly) are interpreted as expressions of higher mind connected with previous or subsequent utterances. Nothing said is taken at its value, as inane or absurd due to a state of confusion.

Occasionally it is admitted that there is a muddle. In chapter 6, for example, on p 46: “All was such a muddle that nothing worse could come”. But soon after an explanation is given to dispel the “muddle”.

3. In chapter 2 of Last Remembrances of a Magician, Ouspensky returns from USA in Jan 1947. He is a frail old man who walked with difficulty and “spoke-to those who thought in terms of the exact language he had previously used – incomprehensibly”. (Note the implication that those who thought somehow otherwise could comprehend!)

“He seemed to say that there was no teaching, no method, no discipline; he had never heard of a system or a school”. (Note the “seemed” whereas he actually did say so!)

From the second year in America, Ouspensky’s approach began to change. His answers “become less and less explanatory, more and more enigmatic”. In subsequent years, 1944-6, students from England visiting America noted the change in the “communication of this higher man and his followers”. (Note the “higher”).

During the spring of 1946 (no exact date given, p14), Ouspensky’s “health began to deteriorate rapidly, and to an extent that could hardly have been anticipated”.

No details at all are given about this health deterioration, the nature of illness or medical examinations. Only in December “he began a series of very heavy nose bleeds. These attacks left him very week. He had great difficulty with the stairs, and began to find it too exhausting even to shave.” Yet he was constantly asking about sailing!

4. Once, “perhaps in September, he told Miss Quinn about a dream he had had. He was a baby again, but he knew everything, remembering everything. As he lay in his cot, his father playfully spoke to him. He was about to answer when he remembered that as a baby he must not speak, that above all he must tell them nothing.” (This is strange, since babies cannot yet talk!)

Rodney Collin Smith was constantly with Ouspensky all that period and when he returned to England at Easter 1947, as Ouspensky had told him, his first impression at the meeting he attended was “of the incredible honesty of Ouspensky’s answers”.

Question: We have been trying to follow out the teaching you gave us years ago.

Answer: I gave no teaching.

Q: You told us certain things to help us.

Q: Where can we begin to work now?

A: I’ll see what you want to know and where you want to begin and then we will see the first step.”

The last answer is typical of Ouspensky. He will resort to this repeatedly. But the other replies are not honest. Of course he gave a teaching and help to people. Later Ouspensky disclaims that he told people they are machines and that if he spoke it would be mechanical. Ouspensky added that he “would be quite satisfied to become worse [but] didn’t know how to do this”!

This is not “honesty” but hogwash on the writers’ part.