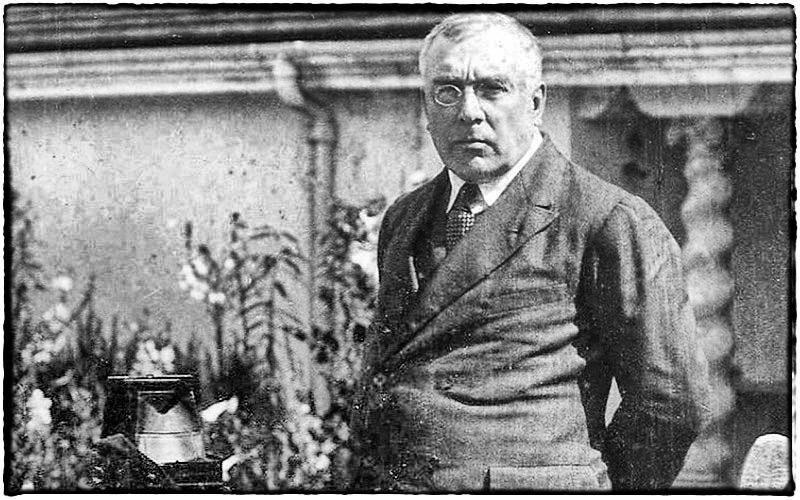 1. The second part of G. Beckwith’s book deals with doctrine.

I found nothing of any real significance in Ouspensky’s formulations, as presented in the book, justifying G. Beckwith’s claim that Ouspensky “developed” Gurdjieff’s teaching. All that Ouspensky did was to put Gurdjieff’s “fragments”, enunciated not in a coherent logical sequence but according to Gurdjieff’s perception of situations and needs, into a different order according to subject matter and sequence.

All subsequent writers, Walker, Nicoll etc., did much the same. An author presenting the “system” is not giving ad hoc talks to a group of people who need to understand little by little and also put into practice what they are being taught. His/her job is to present the teaching clearly and, of course, in a logical sequence.

This can hardly be described as developing or enriching the ideas taken for presentation and use in teaching others. I find nothing that can be rightly called development in Ouspensky’s formulations.

2. There are two separate aspects in the system. Psychology (=bodies and centres) and cosmology (=Ray of Creation). It is to Gurdjieff’s credit that he connects the two showing that All Suns (note La in the large Cosmic Octave) correspond to man’s Fourth Body; Sun (note Sol) to Mental Body; All Planets to Astral and Earth to Physical Body (In Search of the Miraculous: 94).

Curiously G. Beckwith does not give us this correspondence, which should have been in O’s other publications. Otherwise, the psychology and cosmology are the well-known “fragments” taught by Gurdjieff.

3. Chapter 3 of part 2 deals with psychology and has two references to Ouspensky. Both are clever formulations saying something that Ouspensky does not in fact say.

The first explains that the key to impartial observation of whatever goes on in our psychology is “to know that what we see is not in fact our Self.” This, G. Beckwith explains, is what Ouspensky meant “by waking up conscience – the emotional realisation of the truth about ourselves as we are, which dissolves the buffers that conceal and keep our inconsistencies apart” (p 165).

However, this is may be what Ouspensky meant somehow, but what he was saying in January 1939 is this (ch7, A Further Record… 1928-1945, “Work.”): “Work is… self-study… [it] includes acquiring knowledge and control of oneself.

In chapter 8 “Will” (subsection “Effort” in Feb 1935): “The efforts we can do are efforts of self-observation and self-remembering”.

In both of these cases the self is an object not the subject, i.e. “I am not what I am observing and I remember myself to be above these functions”.

4. One second instance is even more astonishingly devious. G. Beckwith starts with a consideration of stillness and samādhi (subsection “Stillness – the basis of practice”, p171). He has reference to Śankarācārya and a lovely excerpt from Ramana Maharshi’s Tripura Rahasya ‘The Mystery beyond the Trinity’. Then he gives a very interesting passage from Dr. Roles on “Silence” (in 1981) which is a mixture of Śankarācārya and Ouspensky: “If we pay more attention to those pauses [between activities] and lengthen them so that the present moment can be prolonged – this is another of Mr. Ouspensky’s teaching. A present moment can be a ten thousandth of a second or it can be three seconds, the time of a single breath; it can be 24 hours, a moment of organic life on earth… “

Yes, except that this is Dr. Roles and Śankarācārya, not Ouspensky! Nowhere in his writings does Ouspensky say anything about prolonging or expanding the present moment with a pause between activities. What Ouspensky says is that by trying to remember himself he could prolong certain sensations (=seeing sleeping people walking!) but did not connect it with expansion of time (In Search… 265).

In any case Ouspensky’s notions of time as breath came from Gurdjieff (In Search… 213,333).