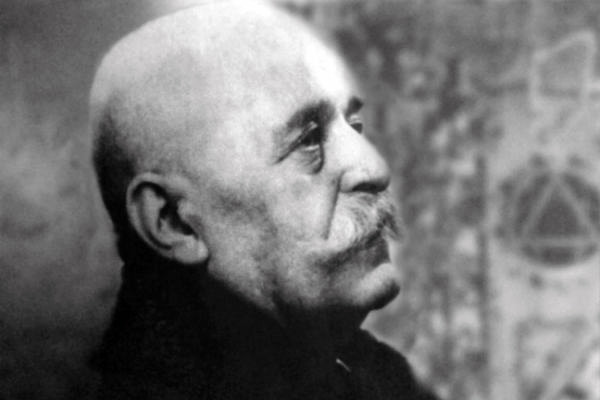 One of Bennett’s last books while in life was Gurdjieff – The Making of a New World (1973, Turnstone, London). There were many other publications with his name after his death, edited by loyal students or members of his family. Most of these refer to periods and activities of JB before that year.

In this book JB gives various definitions of G’s mission. One is “to awaken mankind to the ‘Terror of the Situation’ [i.e. automatism, identification, materialism, negativeness, sleep, population explosion, resource exhaustion, pollution, revolt of the deprived, etc.] and…[prepare] helpers who can join with him in spreading the message” (108). Elsewhere, according to G, our “salvation”, the welfare of mankind and “the evolution of the earth and the solar system, are intimately linked together in the universal transformation upon which the maintenance of the World depends” (271).

2. Before delving deeper into this “mission” we should examine the sources of G’s teachings. On this JB devotes 57 pages.

In an earlier paper I showed that one source must have been the Vedic Tradition of India since bodily postures and breath exercises come from the Yoga system. Self-remembering, again, was a basic and central practice of G’s teaching; he in fact removed A.R. Orage from leading the students in America because Orage had neglected to press upon the students this practice. This too is an integral part of the Vedic Tradition. (I shall return to this later.)

However JB focuses on the Khwajagān Masters of Wisdom, Sufis of Central Asia (=Turkey, Persia, Turkestan, Afghanistan, Tibet, N-W China), and the Naq’shband orders (=“symbolist”, p42) of the same Sufi communities.This may well be very true. I know very little about Sufism and am now too old to study the subject as seriously as it deserves.

3. However, it should be noted that G remained reticent about his sources: his rather playful and hardly serious narrations in the Tales of Beelzebab to his Grandson (1st Series of All and Everything) and in the Meetings with Remarkable Men (2nd Series) cannot be taken at face value for the simple reason that G jokes endlessly, while the Tales of Beelzebab is (science-) fiction full of myths. Also for the reason that there is no independent testimony (nobody else confirms any of this).

It is well known now that in 1972 JB hosted the Sufi sage Hasan Lutfi Shushud (1901-1988) who was one of the Masters of Sufism and followed the Path of self-annihilation (Itlak) with its principal practices of deliberate suffering, fasting and zikr (=breathing exercises and prayer). He objected to JB’s contention that G had contacted that tradition, established in the 12th century CE (=AD). And for this reason broke his cooperation with JB on the production of that book.

4. In the early 1960’s JB had come under the spell of Idries Shah, another “Master of Sufism” who actually produced a document that G had been with the Sufis of Central Asia.

This of course is highly suspect. Anybody could produce a “document” proving anything provided no independent testimony is demanded. Then, why take this to JB who was known in the Gurdjieff world to be erratic and unreliable? Why not present the document to the acknowledged authority who was Madam Jeanne de Salzmann?

Moreover, Idries Shah and his brother influenced Robert Graves, the famous Oxford scholar, and published a new translation of the Rubayat of Omar Khayyam as though it was a Sufi work, according to an ancient manuscript that was in Shah’s family for many centuries.

Expert orientalists decided, after a heated controversy, in the early 1970’s that this was a hoax – and the manuscript was never produced by the Shah brothers to prove their claim. (Graves died in shame.)

Here I must stop and continue in the next paper.