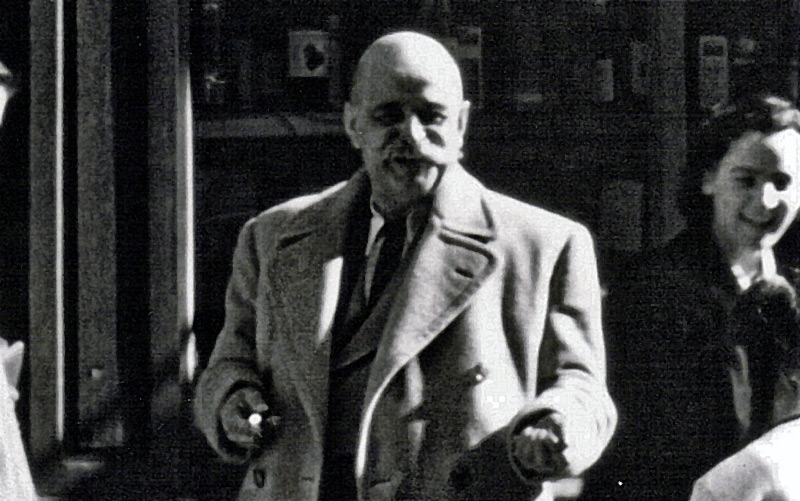 1. I could write much more about the 3 Circles of Humanity with more details on the Esoteric Circle and the connecting bridges it constructs in the form of special Schools created in the mass of the Outer (or Exoteric) Circle. But enough has been given. One will find more in several sections in Ouspensky’s Α New Model of the Universe.

Let us turn once more to G-O, this duet of the 20th century. And to begin to realize the animosity that arose between some of the followers of Gurdjieff and Ouspensky, here are two examples.

Some of G’s followers called O’s book when it came out in the early 1930’s A New Muddle of the Universe!

Some of O’s followers spread the rumor and laid emphasis on this, namely that G had plagiarized and taught as his own some ideas of the world and higher dimensions found in O’s book Tertium Organum which had been published in Russian some years before O met G!

2. I always admired immensely O, especially his clear, pragmatic style of exposition in his writings. In later years I discovered a certain naivety and even shallowness which are companions of self-importance and even conceitedness. I shall examine two incidents.

The first is O’s first meeting with G in April 1915 in Moscow. O recounts the incident early on in his In Search of the Miraculous which was written and revised considerably many years later, published in 1950.

On p 11 he describes the moments before he left G’s apartment after the long exchanges with G at a Café and then at G’s residence. He writes “When I was taking leave of him [=G] the thought flashed into my mind that I must at once, without delay, arrange to meet him again and that if I did not do so I might lose all connection with him”.

If we consider that they had those telepathic exchanges thanks to G’s power, which until the events in Finland in Aug. 1916 had been undisclosed, we cannot avoid the speculation that it was G who had put the thought in O’s mind. After all, the whole meeting appears to have been arranged by G. But O seems to be under strong conviction that he himself was the instigator of all the action!

3. The second episode occurs in Constantinople, a few months before O left the city and went to London. At that period he had put aside “all former difficulties” (p 382) and worked with G amicably. Obviously, the “difficulties” were not dissolved but only set aside and stored. Why he felt the need to work again with G he does not explain.

On p 383 O writes that on one night, G started translating a dervish song for his ballet “The struggle of the Magicians” revealing the poet in him whom he had carefully hidden from O. G recited the Persian verses for about 15 minutes in a quiet voice and translated them into Russian for O, who felt he had been lost in “forms, symbols and assimilations”. Then G told O to make a single line out of it all, which O did somehow.

The exercise was repeated a second time and the process continued until the next morning when both felt very tired, G laughed and they stopped. O concludes the narration saying “So the verse remained as it was, unfinished, because he [=G] never returned again to this song”.

4. This is quite telling because from other sources a very different picture emerges. I shall reproduce W. P. Patterson’s account on p 62 (with full references and bibliography) of his book Struggle of the Magicians (1996, Fairfax, Calif) but with my abbreviations for O and G.

“It was very special knowledge, very sacred,” says O “But we were both very tired. They retire agreeing to meet the following night to resume the translation.

All of O’s doubts about G now vanish. “I felt sure I could work with him again,” says O. “This was again the real G”. But the next night G refuses to translate. Instead G tells him dirty jokes. “Nothing! Nothing but dirty jokes,” cries O. “Not even good jokes. Stupid dirty jokes!”

O returned then to his former “difficulties”. His main, possibly only, difficulty is that he was greedy for special knowledge. When G was not giving it to him straight but toyed trying to make O see his immature feelings and attachment to “wishing to know”, O separated “G from G’s system” and divided G into two – a good teacher and a not–good one, with whom O and others could not work!

It should be realised that O was 37 years old when he started working under G’s guidance and the three years in Moscow and Petersburg (plus the extra time in Essentuki later) would not have been enough to dislodge habits and identifications in his mentation and behaviour.