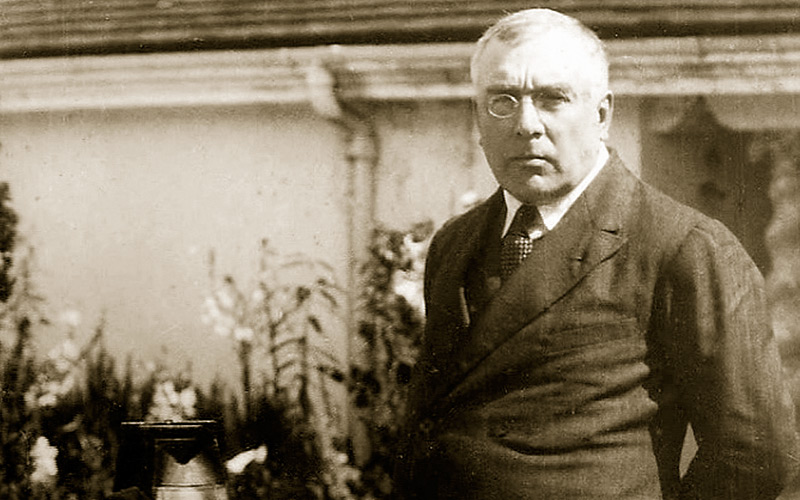 1. As I mentioned in the previous paper Esotericism (XΙΧ): Gurdjieff and Ouspensky (C’), W.P. Patterson, without denigrating Ouspensky at all and often praising O’s honesty and integrity, pinpoints the start of O’s break with Gurdjieff in August 1916, a year after their eventful meeting, when they were in Finland and G induced in O the ability to have temporarily telepathic communication (p 36 ft, The struggle of the Magicians 1996 Community Publications, Fairfax, Cal).

O discovered during those experiences something about himself but decided, as he admits in his In Search of the Miraculous (p 263) that  he would not reveal this to G “because he would laugh at him”. In this O betrays involuntarily his own lack of trust in his teacher, who had just demonstrated powers that O did not have, and the presumption that he (O) knew better!

2. Thereafter Patterson traces several other occasions when, contrary to the esoteric principle, which O himself emphasizes in his writings and lectures, that the students are not on the level of being of their teacher and that they go to him to learn, O arrogates to himself the privilege of knowing better than his teacher G.

However, Patterson makes an error here – and many others make the same error including, of course, O’s sympathizers.

O never intended to accept any teacher or teaching by another for long.

Very early in his Search of the Miraculous O writes (p 5) that he found devotional and similar schools in India but decided against them as they were not to his liking and, in any event, he could find similar ones in Russia. But he also heard of “another type which … promised very much but demanded very much … [of the student, i.e.] to denounce all my own ideas, aims and plans”; moreover, the men who spoke to O about such schools stood out distinctly from the common people. O rejected these also without an attempt to investigate them closer. Yet this, surely is the point of esoteric work that you abandon your ideas, aims and plans formed by your ego and subject yourself to the School or the teacher.

3. It is obvious in his subsequent life both as a student of G and later as an independent teacher on his own that he did not wish to subject himself fully and wholeheartedly to the authority of another man. Yet, as a teacher, he made very great demands of his students, expecting them to have read his A New Model of the Universe, which, as I showed clearly in earlier papers, Esotericism III, IV, V, XVI, has many grave errors. After his return from the USA in 1947 his demands on those who looked after him were not only very severe but also seemingly irrational; yet the students responded positively.

Moreover, although he knew that the “system” was merely fragments, that the elements (=carbon, hydrogen, nitrogen, oxygen) and the food-octaves were artificial contraptions that did not help with the real practical processes, yet he continued with it and made no effort in more than 20 years to find the source of the teaching or make contact with the Inner Circle or with a man of higher being and mind. But later he enjoined his successor in London, Dr F. Roles to do so! I pointed out that the reasons he gave for this were not very sound.

4. On p 374 of In Search of the Miraculous O states emphatically “all work consists in doing what the leader indicates, understanding in conformance with his opinions even those things that he does not say plainly, helping him in everything he does”. On the next pages (374-5) he elaborates excuses why he had to leave G. A man has choice, he writes, and is not obliged to follow something that does not suit him. He claims that G was leading towards monasticism but offers not a bit of evidence of this statement in the subsequent 14 pages or in other writings. In fact, on p 375 he writes “all that I had learnt during those three years I retained … and … found it possible to continue to work in the same direction as G but independently.

Here he places himself on the same level as G.

Later, in the 1920’s O went a few times to G’s Institute at the Prieuré but always as a visitor. He never stayed as a student, like so many others, some of whom he had directed there himself. There the residents observed a fairly strict daily discipline of hard physical labour and various exercises and lectures. This might be said to have a quality of monasticism but there were no religious rituals or other observances. Obviously, the subjection of oneself to another’s will, which was the main point, was not much to O’s liking.

But the avoidance of such a discipline on his part would show later adversely in O’s habits of heavy drinking and of late nightly gatherings until morning (which crippled his kidneys and liver). Since he was already 37 when he met G, the very few years spent in working under G’s guidance were not enough to change significantly his own level of being.

5. This is really the nub of the whole matter. O had acquired from G the theoretical system and enough practices to set up independently and not to have to obey another man nor ask his permission to teach the other man’s system!