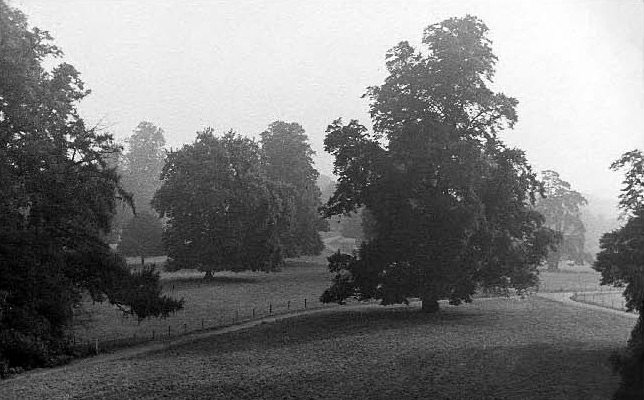 1. It is said that Ouspensky abandoned the System. In the Last Remembrances of a Magician, chapter 2 (p 17), as I remarked previously, Rodney Collin Smith thought it “incredible honesty”, as he heard Ouspensky denying (quite falsely) that he had given to the questioning students any “system” before and called it the Fourth Way, as many still call it today.

This illuminates another aspect. Ouspensky claimed repeatedly that he left Gurdjieff in order to preserve the system, as he (=Ouspensky) thought Gurdjieff had gone mad (ch 7, p. 49). To Marie Seton he said that he took over the leadership, again, to preserve the system even though he had not had adequate training and control of his mind and so went in the wrong direction, Esotericism (XLVI): Mr. Ouspensky (3): Marie Seton. He also went to America late in 1940, after the war broke out for the same reason, to save the system.

2. All this sounds very peculiar.

Gurdjieff had not gone mad at all, judging by numerous publications. His temperament was very different from Ouspensky but he taught in France, in Britain and in America the very same system as Ouspensky, who had been taught by Gurdjieff and took Gurdjieff’s system!

Then, to leave your students in England and seek the safety of America is not very fitting for an esoteric teacher – particularly as Gurdjieff never left Paris despite its occupation by the Nazis.

3. In chapter 3, Ouspensky is presented as saying (p 24) that the system had been tried in America and found not to work: “really there is no method” (p 25).

Later on, in chapter 6 he is made to say: “Before I spoke of big, now I speak of small” (p 46). And when they remind him that he gave them the system he said “System is only language to hang a cat on”!

Then he spoke of himself: “I did nothing. I was not strong enough. I only spoiled everything”.

This last remark accords well with Marie Seton’s following report of Ouspensky’s reference to his students in America: “They are such fools…I took over the leadership to save the System. But I took it over before I had gained enough control over myself”. And when she says she had learned something, he replies: “Then you are the only one… The others are deluding themselves. They have never gained anything”.

And when she suggests that Ouspensky stops lecturing until he gains control of himself, he replies: The System has become a profession with me”.

4. I suppose it is very much possible that Ouspensky discovered that his own method of teaching the system was not very productive. How could it be?

If we exclude the residentials in Lyne Place and the intensive physical work there (a reflection of the practices at Gurdjieff’s Prieuré), his other methods could not be very fruitful. Gathering 200 (Last Remembrances of a Magician, p 11) or 100 or even 50 people in one meeting and lecturing them or answering their questions and thus expounding the system is a haphazard and ineffective way of guiding people in esoteric discipline and practice. This at least is the picture given in Last Remembrances of a Magician and other books like the Records of Meetings.

What is needed is a structure of groups of 12, 15, 18 people at most, with a tutor well-grounded in the theory and well-proven in the practice of the system, in progressive grades.

Then, the system itself has limitations. There is hardly anything useful on measured living; then, most important is the absence of consideration of the observer, its nature and function.

5. Frankly, I think Miss Marie Seton’s Memoir with its rather pedestrian remarks and evaluation of Ouspensky is far more accurate than the highly reverential but subjective and fantasy-ridden narrative of the Last Remembrances of a Magician, or subsequent tales and descriptions of the “system” by devoted followers.

I may be wrong, but I feel Ouspensky is a rather tragic case.