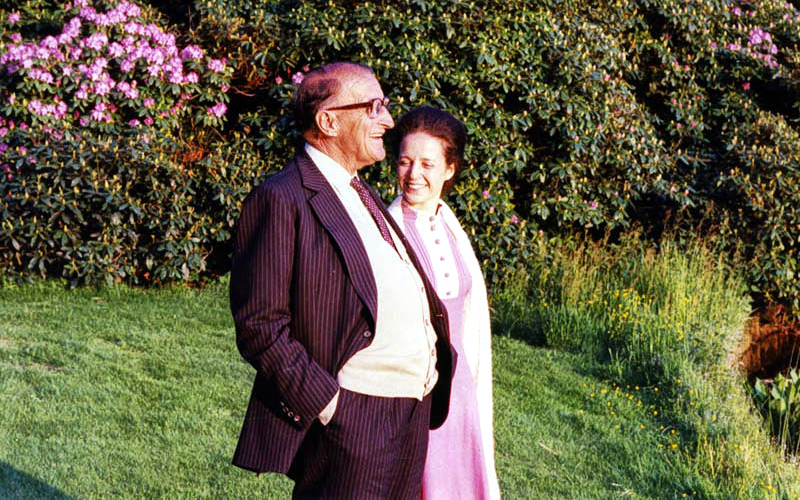 1. According to the evidence of thousands of years of human history every birth ends in death. Many traditions, especially of the East, teach that death is followed by (re-)birth. But this has no absolute proof. The dead do not come back to our life to tell us what happens after death. Moreover, the propounders of reincarnation say that some people can reach such a high level of Being that they are not born again. So rebirth is not so absolutely inevitable and universal as dying.

And so even wise gurus and divine incarnations pass away. Often their disciples relate miraculous events associated not only with their life but also their death – as obviously with Jesus.

2. Ouspensky’s last few weeks or months are of great interest. But before we look at his case, I’ll examine Leon MacLaren’s last few days as I myself had a close connection with him and his biographers.

Mrs. Dorine Tolley, nee Van Oyen, whose parents looked after the School in Amsterdam under the general guidance first of Dr. Roles and then of Mr. L. MacLaren, looked after Leon MacLaren from 1972 until his death in 1994.

3. Anyone interested in Leon MacLaren’s course of life and the story of the SES which still remains alive and strong with Leon MacLaren’s successor, can read Mrs. Tolley’s book. Here, I shall focus only on Leon MacLaren’s last days, described in the penultimate chapter “Final Destination”.

Leon MacLaren’s physical collapse started several months before the actual end. He began, contrary to his previous habit, to neglect his physical appearance and the clothes he wore (p309) and his temper was “unbearable” (310).

He was also full of contradictions. He told Miss van Oyen off for looking after a group of ladies and not himself, but then he explained that he was putting her to test (p 311). He also repudiated the ancient Hermetic writings which she and Clem Salaman had translated into English and one of the pieces The Poimandres was read at a gathering of all School-leaders. (I should say here that I dismissed that piece as valueless when I heard it, was very surprised that others took it seriously and much later wrote an academic paper showing its deep flaws.)

4. Leon MacLaren’s health deteriorated very rapidly once they arrived in South Africa in the summer of 1994, at the beginning of the annual world tour.

“He ate very little and kept asking for the end of his life. He started to become confused wanting to [go] to a Chinese restaurant while he could not even stand up.” (p316)

Later Leon MacLaren became “quite disorientated asking [Mrs. Tolley] to phone his brother who had died some years previously and asking to see photographs which she had never seen. The doctor had said this was to be expected because of dehydration” (318-319)

Leon MacLaren’s state of confusion continued throughout the return journey to England and to Mrs. Tolley’s demonstrations of love and care in the plane he said “You must give me my clothes when I get there, I must see them all”.

On Arrival, Leon MacLaren was driven quickly to a hospital. Although he emerged “reborn” after the nightmare in the plane, “he seemed not to notice us… [and] he just looked at us as if we were strangers… for the next ten days until he died” at 6.20pm on the 24th June, 1994.

Mrs Tolley was subsequently told that at the time “the heavens opened and all the elements made their presence felt, thunder, lightning, wind and rain”.

Even in June this would not be surprising in England.