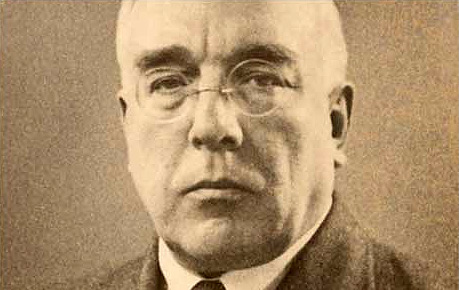 1. One could cull many praises for O from many sources. Equally, there are many who have reservations and some even hostility.

Marie Seton was about 26 when a friend introduced her to O’s groups in London in 1936. She knew Russian and had been to Russia. When O learnt that she had done some translations (including Chekov), he sought her acquaintance. In her 1962 brief Memoir, The Case of P.D. Ouspensky (only 13 pages A4) she writes “I do not think anyone was ever kinder to me, nor that anyone ever respected me as a person more than O”.

She felt that she derived some benefit from her attendance in those groups. But in 1938 she left and later went to America. In the autumn of 1940 O and some others arrived in America and to her surprise O asked her to be his secretary. She thought this was because of her knowledge of Russia, its language and culture.

2. She liked the “System” that led to Self-Knowledge and Self-development. She understood that some people had a “magnetic centre”, which made them receptive of and suitable to the esoteric work involved in the groups. That is how her friend recognized he and took her to the groups.

She also understood that most people are asleep “but think themselves awake” reacting mainly according to what other people think of them. But those with the magnetic centre had the potential to reach a “transformed state of being” with a Higher Intellectual Centre and a Higher Emotional Centre, which latter were more important for man’s self-development. There was much else, of course.

MS realized that O looked after the theoretical aspect of the System, i.e. the lecturing and teaching, and Mrs. O after the practical application of the work done especially in the country house where “she lived in very comfortable circumstances with all her housework done… by mostly sincere men and women… She had great power over people.”

3. Ouspensky’s “loss of way for a period”, MS writes, “was not from an inherent flaw in the theory of the system”.

What, according to her, was this “loss of way for a period”?

Well, at some point she began to notice that O “was strangely extravagant. There was among the students “a wealthy young couple who paid all the major bills”.

O would direct her to buy “the most lavishly expensive fruits, cheese and delicacies for his personal consumption… It was not that eating and self-awareness were in conflict. But did a person choose the most expensive things when someone else was paying the bill?” And one day she noticed that the people who actually paid the bills were not asked to share these expensive foods.

Even this perhaps would not have mattered much, but MS noticed that O was interested in other wealthy people, like a rich businessman and his girlfriend and the widow of the late star, Rudolf Valentino.

4. One day a rich middle aged couple, having noted that MS was very close to O and spent much time with him, told her: “You must be highly developed to work so closely with Mr. Ouspensky.”

This came as a shock to her because she could see how eager the people were to be developed and be in O’s company. A temptation suddenly loomed in her mind to pose as a “developed” person.

Then, on a separate occasion O instructed her to chastise (MS does not say how) one of the men who had come with O from England – someone who had been in the central core of the set-up. She felt she could not do it. But she saw that she could now exert power over people and become arrogant.

Most students “lived to gain [O’s] approval and the more they hoped for it, the less they got it. Sometimes he became furiously angry, particularly with the young people who paid the bills”.

We shall continue in the next paper.