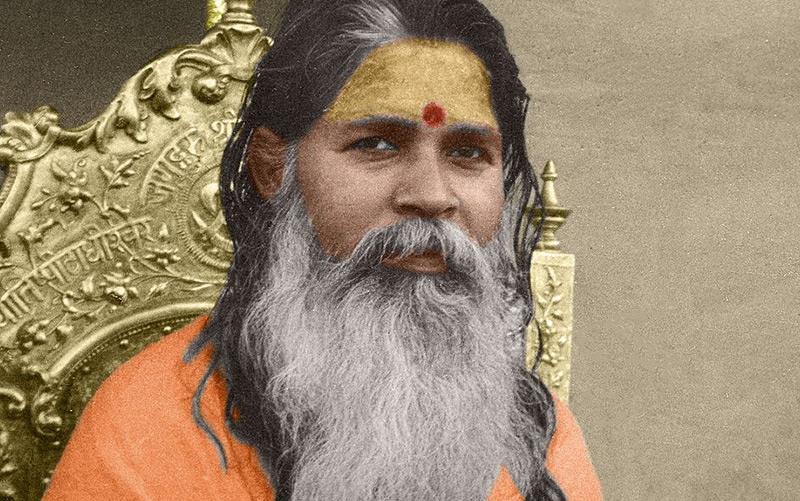 1. I may in the preceding paper have given the impression that the Inner Circle of Humanity, the Circle of Unity and Understanding is located in India. This was not my intention.

It is a fact that humanity is divided in three very large Circles reflecting the structure of the human embodiment which has three bodies – the spiritual or causal body of Nature, the mental or psychic and the carnal or gross body. So also the vast organism of Mankind has the Inner, the Middle and the Outer Circles in fairly exact correspondence. But these Circles are not each located in any one place at different times or permanently. Some men may be in, say, Australia, others in India, others in Uganda, others in Italy and still others in South America. And they are really very very few!

2. The Outer Circle is said to be one of disunity, confusion and misunderstandings; it comprises all common humans like myself and you reader, criminals, politicians, churchmen, pilots of fastest planes, captains of submarines and plane-carriers, lawyers, professors, economists, madmen, merchants, industrialists and proletarians.

The Middle Circle consist of men of the Outer who have heard of the Inner Circle and are studying in esoteric organizations in different countries so that they may overcome their weaknesses and passions and realize their higher mind(s). Such organizations must have, or must have had, direct connection with member(s) of the Inner Circle, otherwise their teachings are shallow and often misleading and dangerous.

The Inner Circle comprises humans who have realized fully the Unity of Being, knowing that their own Self is the same as the Self in every creature and the Self of the Universe. A man of the Inner Circle may be the Head of an esoteric organization, an anchorite in a cave on a mountain, in a jungle or in a desert, the abbot in a remote monastery, the Head of a Philosophical Institution or the Leader of a religious tradition. They do not form an organization but do recognise one another instantly.

3. It may be that the Śankarācāryas in India are men of the Inner Circle. They certainly undergo a rigorous training in the study of the Vedic Scriptures and in yogic bodily and psychological exercises.

However, today (Jan 2018) there are in India, inclusive of the 5 generally and traditionaly acknowledged ones in the North, the East, two in the South and the West, more than 70 men holding the title Śankarācārya and having some kind of an organization ostensibly teaching spiritual practices. Most are successors of former Śankarācāryas (some going back many decades) who had stepped down from the Seat. Moreover, sometimes a Śankarācārya appoints a young man or an adult as his successor who is not in any spiritual path but in the common life and does not accept the post!

Here I should add that I have read writings of some modern ones who decided to publish their thoughts and speeches and did not find there anything other than common statements met in many other books.

What I am trying to establish is that the title does not imply automatically that the bearer is a wise man of the Inner Circle.

4. G’s teaching and aspects of his behaviour (his disregard of what others thought of him, his lecturing, his powers etc) show that he must have passed through rigorous disciplines which had originated in the Inner Circle.

We don’t know really where and by whom he was taught and trained. He did not reveal much about them, what he met in his early travels in the Middle East, Persia, Afghanistan, Tibet and India. Several people tried to ascertain from G’s sparse, sporadic references his teachers and the places of training (e.g. Bennett, Lefort et al). To me all such accounts seem speculations and fantasies. I shall examine the matter later.

One of the main practical ideas G taught was “self remembering” (O’s In Search…p 117 ff). This has several meanings. Ordinarily it means thinking of oneself as one pictures and considers it (name, job, physical appearance, talents, likes and dislikes, habits, ambitions etc). It may be taken as having one’s attention on one’s whole body or a specific area (belly, chest, head) where one feels oneself. It may refer to feel one’s being, existence, and presence. It may mean feeling and viewing oneself as a much larger being of universal spirituality. Self-remembering refers to the last two meanings.

5. Surprisingly, Ouspensky’s successor in London, Dr F. Roles, who headed the “Study Society” for some 35 years, encountered this idea in North India. He (and Leon MacLaren of the School of Economic Science) contacted Maharishi Mahesh Yogi and adopted his system of Meditation, mentioned in Esotericism (XΧI): Inner Circle?. In 1960 he went to India and there met Śāntānanda Sarasvatī who had succeeded Gurudeva in 1953 as Śankarācārya of the North (Jyotir Math). This holy man delivered a talk saying –

“The whole thing is that we never remember ourselves. All our troubles come from not remembering ourselves, only we can’t talk about this because it is never understood.”

In subsequent conversations Dr Roles was convinced that Śrī Śankarācārya’s tradition in Jyotir Math was one of the sources for G’s teaching and accepted the Indian sage as his new teacher.

I shall write more in later papers.