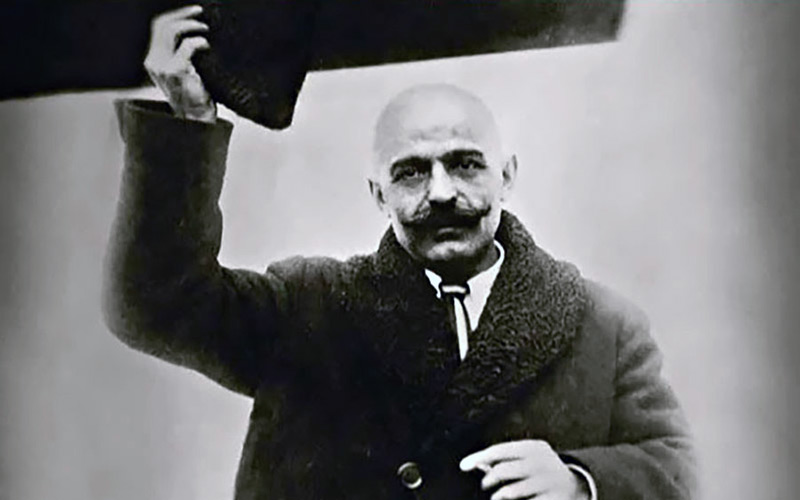 1. In the previous paper Esotericism (XXIV): Gurdjieff and Ouspensky (D’) I commented upon Ouspensky’s sliding over his displeasure with G, this time in Constantinople and hiding the true turn of events in his In Search of the Miraculous (p 383) regarding the sudden stop of translating the Persian dervish poem. I had to consult other sources.

O treats with evasions and omissions G’s visits to England also after he himself had settled in London (pp 384-5). He writes “Many of those who came to my lectures became interested in this idea [of G setting up groups in England]”. O certainly helped with a collection of money for G from among O’s students and acquaintances, but he writes nothing about G’s visits from Germany and lectures in London and of Lady Rothermere, O’s friend, who would have helped G to obtain a visa but didn’t in the end.

However, O does state categorically (p 385) “I had decided for myself that if the Institute [of G’s] opened in London, I would go either to Paris or to America.”

2. It is not strange that O slides over the events of this period (1922, February and March) and presents himself (In Search…284-5) only as a benefactor to G since he “expected a very great deal more from his work” despite the fact that he “saw again all the former obstacles which had begun to appear in Essentuki”.

After anxious pressing situations, all of us tend to present, in self-justification, a pleasant and benevolent picture of ourselves.

To obtain a clear idea of what actually transpired during that period one has to resort again to other sources. And fortunately there are many, as most people involved left accounts.

3. O does not mention A.R. Orage (nor Lady Rothermere and many others) who helped him settle in London in his In Search… Yet he had met the Briton, who was an acknowledged man of letters, back in 1914 in London as he was returning to Russia from his travels in the East. Orage had later edited in book form O’s Letters from Russia and had secured for O some economic help. Now, in the winter of 1922 Orage is a student of O.

However, on hearing G’s first talk in London (13/2/1922), when O, Frank Pinder and Olga de Hartman translated for him, Orage exclaimed: “I knew that Gurdjieff was the teacher. Ouspensky for me represented knowledge, great knowledge. Gurdjieff – understanding, though, of course Gurdjieff had all the knowledge, too”: pp 27-28, C. S. Nott, 1961 Teachings of Gurdjieff, New York.

In March G gives two more talks (5th and 15th) and has only Frank Pinder translating for him. When at some point O intervenes saying that Pinder is not translating correctly, G tells him bluntly “Pinder is translating for me, not you”. Then G attacks O directly and openly saying “Ouspensky is neither mandated nor qualified to teach”. (p 76, W. P. Patterson: 1996 The struggle of the Magicians, Fairfax, Calif.)

4. Frank Pinder describes the whole inner situation (on p 163 of J. Moore’s Gurdjieff: Anatomy of a Myth Element, U.K 1991): “Despite Ouspensky’s command of theory, the groups he had constituted in Ekaterinodar, Rostov, Constantinople, and now London were unauthorized and largely off the rails; he was free as air to propound his own theosophical or philosophical notions, but to transmit Gurdjieff’s teaching in all its complementary modalities he was neither mandated nor qualified; he had enjoyed in total only three years of direct contact; he knew nothing of the music; he had had only a perfunctory fling at the Sacred Dances; and, not least, he lacked the essential human warmth to insulate his pupils from the bleak ideological climate of the ‘System’. In addition, there arose the separate matter of his own development. If Ouspensky still sincerely wished to assimilate Gurdjieff’s work in his essence and not merely in personality, he must (like his wife Sophie) postpone any pretension to teach and re-dedicate himself as a pupil.”

As I said before, O seemed highly disinclined to be a student: he desired theoretical knowledge and the function of teaching it.