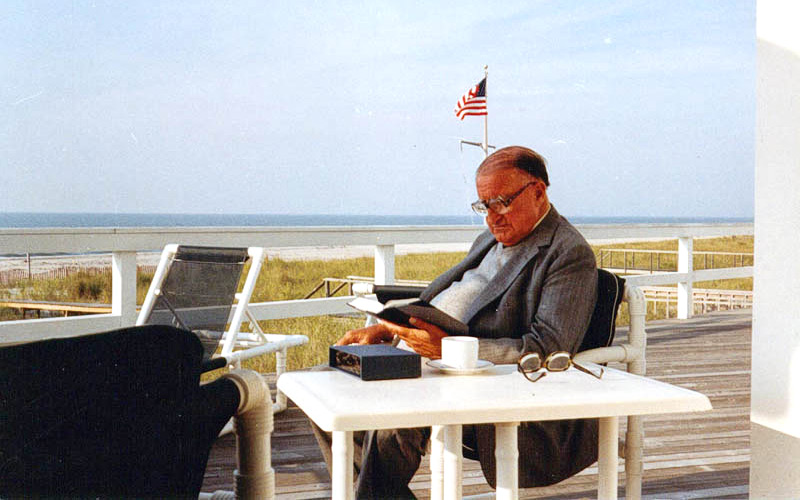 1. G. Beckwith in his Ouspensky’s Fourth Way (2015) refers to Mrs. D. Tolley’s The Power Within: Leon MacLaren, a Memoir of his Life and Work (2008) but not to Brian Hodgkinson’s In Search of Truth which is “The Story of the School of Economic Science” (2010, Shepheard-Walwyn, London) covering not only Leon MacLaren’s life and work but in greater detail the different aspects of study and work of other individuals and groups within the School. The book covers also the 15 years after MacLaren’s death under the leadership of Donald Lambie.

2. In a way this book reminds me of the effort of Eusebius of Caesarea to narrate the history of the Church and Christianity until the time of Emperor Constantine in the early 4th cent. CE Historia Ecclesiastica ‘Histtory of the Church’ and its unfinished continuation Vita Constantini ‘The Life of Constantine, and thus vindicate the Emperor who had executed his son Crispus and his wife Fausta (326 CE) not mentioned in his writing.

There is an important difference. There were no Gnostics, Arians and other “heretics” regarding the School and the teaching in London as with Christianity at Constan tine’s time. At all times it was MacLaren’s teaching transformed and inspirited since 1965 by the Advaita of the Śaṅkarācārya of Jyotir Math, Śrī Śāntānanda Sarasvatī.

It was the same with MacLaren’s teaching of Economics which had been based on Henry George’s vision of every man’s right to have free access to land, as to air and sunshine, and the imposition of a Single Tax on land-values (i.e. Land Value Taxation).

Nobody ever challenged the Philosophy teaching or that of Economics in all the history of the School, although several people wrote and rewrote (some of) the lectures.

3. There is a brief chapter on Ouspensky’s teaching (ch 4: pp 34-41). But in fact, eventually MacLaren did away completely with the Ouspensky “system”. Whatever ideas were retained, they were reformulated or totally subordinated to his own comprehension and presentation of Śaṅkarācārya’s teaching.

MacLaren much better and more fully than Dr. Roles fused together the old with the new – the Gurdjieff-Ouspensky tradition with the Advaita of Śaṅkarācārya.

I have no reason at all to doubt Mrs. Tolley when she writes (p55, The Power Within) that Prof. R. Guyatt of the Study Society acknowledged with admiration MacLaren’s achievement in this respect.

G. Beckwith expresses a very different view because perhaps either he never saw MacLaren’s lectures or he is too attached to his own tradition.

4. Hodgkinson’s book is very well written and almost tediously factual and comprehensive, due to the author’s honest scholarship.

However, some points remain in darkness as he glides over them without further investigation, information, or explanation.

According to one student, MacLaren had said “that everything in the New Testament is true”. I doubt this. I showed clearly in the early Esotericism (?V): The New Testament (A’) and Esotericism (V): The New Testament (B’) that there are enormous discrepancies and contradictions in the Four Canonical Gospels not to mention the Acts, the Epistles and the hideous Apocalypse. Besides, MacLaren used the Gnostic Gospel of Thomas (which is cited on p69 but has no place in the Index) which is vastly different from the FCG. The forgery The Gospel of Peace… is cited on p109 and MacLaren was unfortunately taken in by its adsurdities, perhaps because its general run accorded well with his own puritanical tendency in some areas and so his brilliant intellect was beclouded.

5. The more important point is MacLaren’s Will and Testament, not mentioned by Hodgkinson but discussed by Mrs. Tolley in her book (331ff) and reproduced on pp333-4. Hodgkinson mentions (p323) “a difficult copyright dispute with Dorine van Oyen [=Mrs Tolley]” thus covering up the real issue and leaving unconnected and unexplained the reasons why some Schools broke away from London (pp235, 311).

In December 1993 MacLaren designated Donald Lambie as his successor. Later, in May 1994, he had his Last Will drawn up and duly signed leaving all his estate, “oral and personal” and “all manuscripts and papers and correspendence” to Miss Doreen van Oyen who should make all this available to Mr. Donald Lambie.

After MacLaren’s death Miss van Oyen left and went to Amsterdam to look after her very old mother (and help her brother run the School there). Mr. Lambie called on lawyers who decided that MacLaren was a servant of the School’s Executive Committee (although he appointed and dismissed them as he pleased!) and therefore the copyright of his works (lectures, music, books etc) belonged to the Executive!

It is extraordinary that these two people, closest to MacLaren, and the members of senior groups and the Executive should in their own way ignore the Master’s last wishes!

Perhaps a future edition of The Search for Truth will clarify these issues.