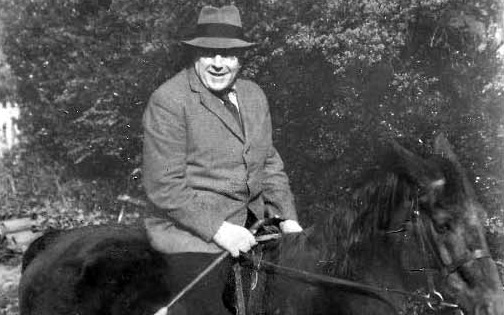 1. “His eyes were remarkable for their capacity to hide at will all signs of feeling and thought. He could make himself look heavy, almost stupid; or a sudden charming smile could light up and humanize his whole face. You could not be with him a minute without being aware of his strength and power”.

So describes O an anonymous devoted follower on the web site Ouspensky Today. And the description continues: “He was never at a loss for an illustration to explain the point he wanted to make. One had the impression of bottomless well of knowledge that he could draw from at will… His mere presence seemed to make almost everything not worthwhile saying… A man, first of all, of the most complete and unswerving spiritual integrity… of the very highest intellectual powers, with a superb-memory. A dominating man, though he did not, I think, consciously seek dominance. Yet for all the force that resided in him, a man who commanded in many individuals and over long periods, the deepest loyalty and affection… to many he seemed cold and inscrutable… To be disloyal to him was to betray the God in yourself…”

2. The dots indicate more encomia. I would not expect less from a follower. But the description is not impartially honest.

On the same site, next to these praises we find another page on “Lyne Place – Social life” with several photographs of men and women carousing and the note:

“There were also the all-night sessions that Ouspensky held for his close associates, where he was perhaps continuing the tradition of the nights in the Stray Dog in St. Petersburg. Francis Roles recalls that these talks were ‘magic’, particularly if one managed to stay awake until morning.”

That someone thought these all-night sessions ‘magic’ means nothing beyond his own evaluation. What is indicated here is that there was no principle of measure for day and night, for eating and drinking, for teaching and conversing. Gurdjieff and his close associates (and often others) indulged in similar practices that showed lack of measure.

3. I wrote a note on ‘measure’ earlier, Esotericism (XXVI): A note on measure. It was based on advice given to L. MacLaren by Santananda Sarasvati of Jyotir Math in North India in different years. And it should be followed in daily life.

I know of no widely acknowledged sage of ancient or modern times who would not insist that a genuine teacher of an esoteric discipline (or any teacher, indeed, except one for corrupt practices) or genuine aspirants should keep measure in their activities during the day, in sleeping and waking, in eating and drinking and in sexual enjoyment. Obviously, there will be very special occasions when one would deviate but this would not be habitual.

I opened a Collection of wise opinions of past sages and fell on Huang Po, a Chinese Zen master of the 9th cent CE. He illustrates the right and wrong measure in the use of senses with noise and sensual eating: “When you provide food for the body in hunger, but without greed, that is wise eating. But if you gluttonously delight in flavors, you indulge in what arises from wrong thinking. Merely seeking to gratify the organs of taste without realizing when you have had enough – this is sensual eating” (from The Zen Teaching of Huang Po by John Blofeld, Buddhist Society, London 1957).

4. The Śankarācārya of Jyotir Math, mentioned above, was asked (late 20th cent) about measure in daily life and he replied that “the introduction of measure starts directly from the Absolute”. He explained that to accomplish any work, one must follow certain measures or regulations and these were declared by the Creator at the very beginning of the creation.

Surely, then, one fundamental regulation or measure is the division of day and night. In the day we indulge in waking and activity and at night in sleep and rest.

And as Ecclesiastes says (ch 3): “To all things there is a time (chronos) and a season (kairos) for every matter under the sun”. So, there is kairos for carousing and lecturing and kairos for not doing these.

For indeterminate reasons, neither Gurdjieff nor Ouspensky seemed to appreciate the need for measure.