8 December 2022
Home
Επικαιρότητα
E940. Turkish intentions: what are they? 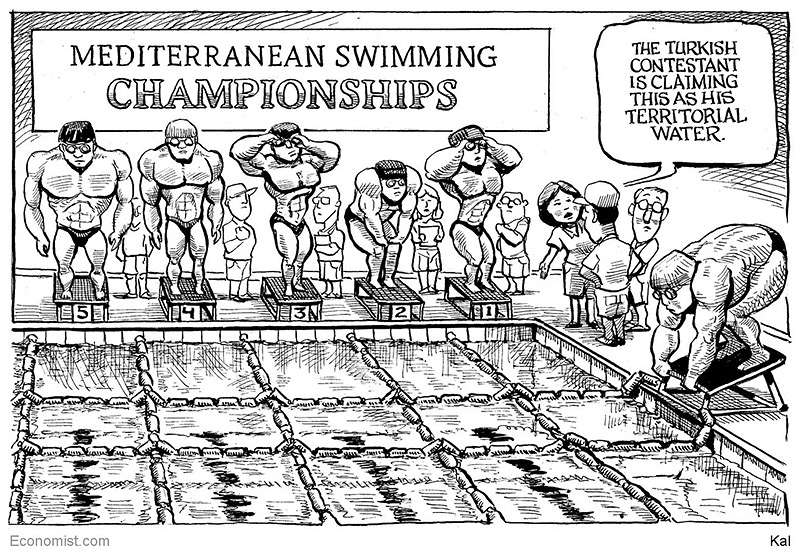 1. I have read several articles by Turks on the Internet (especially the Quora) dismissing the recent tension between Greece and Turkey. Most of them seem quite sincere in stressing their friendly disposition towards Greece and point out the many similarities between the two nations and the benefits of peaceful coexistence in this Eastern Mediterranean. Some do state that it is Mr. Erdogan that escalates the conflict. Others are quite hostile and wonder why the Greeks do not accept Turkey’s invitation for peaceful, diplomatic negotiations.

There have been replies to the belligerent and unreasonable writers by some Greeks, notably Gritsis and Papadopoulos.

Since I have written a few short articles in English in the past and although I doubt many will read me, I thought I would put down my thoughts on the subject.

2. First it should be obvious that since the 2nd WW Greece has not voiced any demands or doubts regarding the borders and the status quo of the two countries – except in siding with the Cypriot nationalists who wanted Union with Greece.

Turkish propaganda claims that Greeks suppress the various Turkish minority communities in Macedonia and Thrace. This is a most ignoble lie. The Muslim citizens of Greece and those of Turkish descent enjoy all their freedoms and have their mosques. A mosque is being set up in Athens in September 2020 under the auspices of the Ministry of Education and Religions, but three already function fully.

On the contrary, Greek Christians in Turkey have been persecuted violently (after 1955) and, from over over 100.000 only 2000 remained and out of 50 schools (for 6-12 years of age) before the pogroms, there are only 3 todays! Also many churches with two of great historical worth (one of them being the well-known 6th century Hagia Sophia), were this year turned into mosques even though Istanbul has plenty of them for the needs of the muslim faithful.

3. None of the Turkish writers mention the bellicose statements of some of their public figures. Consider:

“Half of the Aegean belongs to us. This is what the world must know. If the honour and interests of the Turkish nation are attacked we shall crush the head of the enemy.” So the Turkish physician and professor of Physiology, in government in 1947 and later Prime Minister (1945-6).

On 1975 22nd Jan, Foreign Minister Melih Ensebel: “Cyprus is the first step towards the Aegean”. The Turks had invaded Cyprus and had gobbled up 2/5 of the island.

In March 1976 Alparslan Turkes, deputy Prime Minister: “All the Aegean islands off the Turkish mainland, including the Dodecanese, should belong to Turkey”.

On 3/2/1982 Burhan Falek, president of Istanbul Journalists Union (in Milliyet newspaper): “The islands of Limnos and Lesvos… are lands necessary to us not only as part of the heritage of the Ottoman State but for our security as well. We want these islands…”

4. Now, 9th Sept. 2020, the Grey Wolves (extreme right) in an organised parade in Izmir (=Smyrna) again demand that the Dodecanese be taken from Greece and be given to Turkey which has a historic claim to them!

Such raw, barbaric statements express the expansionist ambitions of fascists like Hitler and Stalin. And Cem Gurdeniz’s doctrine of the “Mavi Vatan” strategy, so eagerly pursued now by Erdogan and the extreme nationalists, is exactly the same vicious ambition, ignoring International Law and past Agreements, stirred with, and stirring up, nationalist, fanatical sentimentality.

If the Turks are truly interested in a peaceful solution of the problem of the Greek and Turkish sea-zones in the Aegean and elsewhere through diplomatic talks, they would not be sending a drilling boat and gun-boats in disputed areas and shooting out threats all the time. They would hold back and have talks or attend, as Greece proposes, the International Court at The Hague, which exists for such purposes. Only in such an atmosphere of respect and cordiality could talks take place.

5. Nor is it “accidental”, as some Turks propagandise, that almost every day Turkish fighters fly over Greek islands and violate Greek air space: “They do exercises,” it is said, “and Greek islands happen to be underneath”!!! Surely they could just as easily exercise in the space over international waters in the Black Sea, the Aegean and South of Turkey.

The Turks’ invasion of Iraq (against Kurds) and of Syria (against Syrians) and their presence in Libya as well as their violation of Greek airspace and sea-zones shows anything but concern for peace or the other attributes of civilisation. The transformation of Hagia Sofia into a mosque is another clear indication. No wonder no country has much regard for them at present (except Qatar and diplomatic Germany).

It is most hypocritical (and again in the style of Hitler) to accuse Macron of France and Mitsotakis of Greece for belligerence, when it is the Turks that bark out threats and violate lands and seas and airspaces outside Turkey.