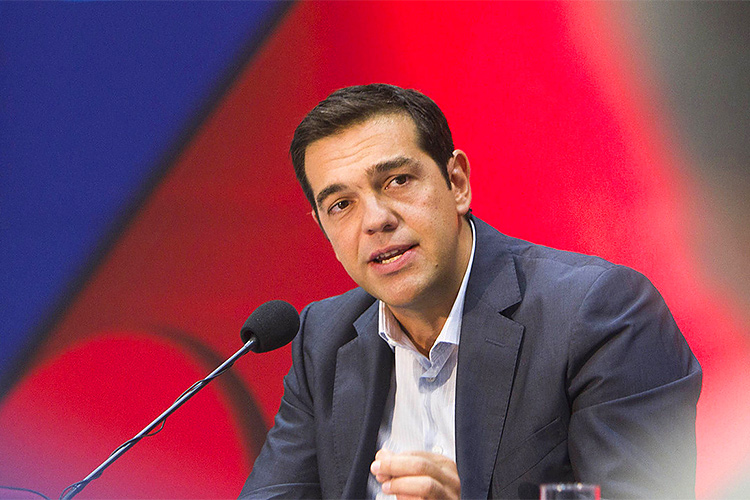 To expect, as indicated by both Greeks and officials of the Three Institutions, that the  Greek economy will improve because some agreement is reached and signed is to show incredible naivity.

It is surprising, further, that a seasoned politician like Mr Jean-Claude Juncker, President of the European Commission declares that he trusts the Greek prime-minister Mr Tsipras, but not his party! Unless it is sheer diplomacy. For Mr Tsipras is a hard-core communist who has learnt to hide well his intentions – just like the master communist himself, Stalin.

It should be obvious to everybody in Europe now that Tsipras is first and foremost a party-leader and secondarily a prime-minister. He has not so far divulged anything of importance to the Greek parliament about his talks with European leaders and officials or the actual “negotiations”, nor has he brought to parliament the Agreement of 20/2/15 for discussion and ratification. The last item is so arcane that even members of his cabinet doubt its importance as a document other than being notes for future policy!

In fact, whenever he returns from a trip abroad and meeting with a foreign leader, he discusses the matter only with the Executive Committtee (or some other organ) of his party – rarely, if ever, in Parliament. And he and his ministers repeatedly refuse to reply to questions about policy or other issues in Parliament raised by the opposition parties.

European leaders should realise that Tsipras has been educated from his youth only in the tactics of communist parties and his mentors were members of the orthodox Communist Party of Greece like Mr Flambouraris. He is no different than the so called hardliners of the Left Platform.

Of course there are disagreements between himself and several important Syriza-members and some of the disagreements are about policy and practice. But fundamentally he is one of them, an unprincipled opportunist with vaulting ambition, strong sentimentality and lack of resoluteness and with very little culture other than Che Guevara’s antics. (He who reviled America as the corrupting capitalist force is now begging the Americans to exercise their influence over the IMF.)

If he really understood politics or cared in the slightest for the Greek people and saw any difference between himself and the other communists (Lafazanis, Stratoulis etc), he would have forced them away from the party, as Papandreou had done in 1980, in the first month of forming the government. He would have been free then quickly to strike a reasonable Agreement instead of reaching the present situation where the Country is on the brink of total collapse without any cash while the opposition in his own party has grown so much stronger that even if an Agreement were signed it would not get implemented!

Tsipras and his intimate cronies are no different from other Greek politicians who indulged in fraud to join the Euro and obtain the benefits of generous Europe or, later, in the crisis, signed Agreements for reforms to obtain more money then ignored their commitments!

The communists’ aim has at all times been to gain full control of the government and all state-institutions and so establish a one-party rule nationalising banks, industries services and trade.

This is the aim of Syriza and its leader, Mr Tsipras: to gain full control of the State. Only fools and naïve people would believe all the claptrap about humanitarian aims and measures to improve the life of the people and especially the poor. The massive appointments of relatives, friends and party-members in various public posts and the hurried re-engagement of public servants who had been sacked from various services, while doing nothing to relieve the million-and-a-half unemployed in the Private Sector, shows very clearly what their true concerns are.

Such has been in part the practice of all parties in power in the past: in this manner they establish their electorate clientele and hope to secure their stay in power. That is why they gave hefty rises to salaries and pensions, well beyond their deserve, and even borrowed heavily and at great cost in order to pay for these extravagances, yet offer in return only ghastly services to the tax-payers.

This is precisely what Tsipras and his cronies are now doing hurriedly and forcefully.

This is why they want Europe and Euros but no programme and reforms. They simply want the money that will secure their stay in power and control of the country.